The Washington Post
A therapist, a lawyer and a sex educator answer our questions about polyamory February 12, 2016
What is polyamory, and who does it?

The Santa Fe Reporter
Three Questions with Franklin Veaux October 7, 2014
What are the keys to good relationships?

Catalyst Magazine
Polyamory: "Respectable" Non-Monogamy? March 3, 2011
The Map of Non-Monogamy and polyamory as a relationship structure

WIRED Magazine
Internet Pushes Polyamory to its Tipping Point February 29, 2008
How widespread use of the Internet is changing romantic relationships

Orlando Weekly
Love Me Two (or More) Times July 3, 2007
How a network of friends and lovers has turned the Tampa-Orlando area into a hotbed of poly activism

St. Petersburg Times
A Love Triangle? Try a Hexagon February 18, 2007
An interview involving several of the people in my romantic circle; reprinted in the Chicago Times, March 7, 2007

UTNE Reader
Polyamory? Your how-to guide in loving more than one December 8, 2005
Creating relationships with room for more than two

I now have my own podcast! The Skeptical Pervert looks at human sexuality through a skeptical, evidence-based lens. We deconstruct myths about sex and replace them with facts.
Find it on Libsyn | Apple | Amazon or your podcatcher of choice

Loving Without Boundaries #22 May 19, 2016
In Part 1 of an interview, Franklin talks polyamory, sex tech, and his life experiences. Direct download link.

Pedestrian Polyamory #8 November 30, 2011
Polyamory, transhumanism, and do-it-yourself sex toys are all covered in this wide-ranging interview

Polyamory Weekly #156 June 9, 2008
Practical polyamory and being out to the hairdresser

Huffington Post
How Can I Find Closure After a Soul-Crushing Heartbreak? March 27, 2017
What sort of things do people do to find closure after soul-crushing heartbreak?

Fusion.net
Coming Out Polyamorous September 13, 2016
Eve and Franklin talk about being openly polyamorous in a mononormative world

BBC.com
BBC Future: Polyamorous relationships may be the future of love June 24, 2016
My history with polyamory

Mic.com
Meet the People in 'Quads,' or Foursome Relationships April 26, 2016
What is a polyamorous quad? What do they look like?

Vice.com
Eagerly We Await the Coming of the Sex Robots March 16, 2016
Why sex robots, at least sophisticated ones, are still a long way off.

Thought Catalog
9 Tips from Polyamory that Would Save a Monogamous Marriage March 7, 2016
What do polyamorous people want monogamous people to know that would help save a marriage?

Van Winkel's
How Do Polygamists and the Polyamorous Sleep? February 23, 2016
How do sleeping arrangements in non-monogamous relationships work?

Connections.Mic
One Epic Chart Proves There's No Right Way to Be in a Relationship
April 1, 2015

The Plaid Zebra
Jessica Burde interviews Franklin Veaux and Eve Rickert September 9, 2014
Can you have love without monogamy?

FTBcon
Franklin on the Sex and Skepticism panel July 19, 2013
An interview on the intersection of transhumanism, biotechnology, and sex, and how the street finds its own uses for things

Hennen's Observer
Sex, Love and the Quest For Immortality October 19, 2011
An interview on the intersection of transhumanism, biotechnology, and sex, and how the street finds its own uses for things

Nerve Magazine
Check out this giant map of non-monogamous relationships October 27, 2010
The Map of Non-Monogamy

Improbable Research
Complexity of Possible Ogamies November 10, 2010
Article about the Map of Non-Monogamy by the people behind the Ig Nobel Awards

WebMD
The Truth About Open Marriage November 21, 2007
Interview for WebMD about non-monogamous relationships 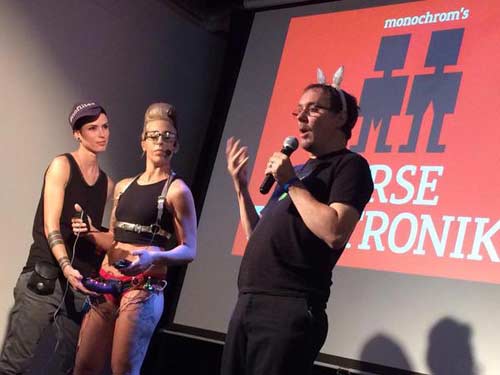 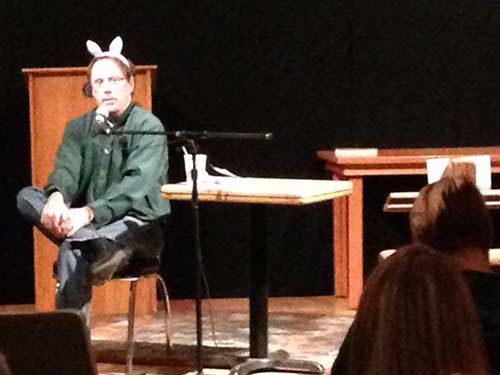